At North Dock on Friday 1st July, Actif Sport and Leisure will be organising a range of FREE sport and fitness activities for both children and adults to celebrate the arrival of the Baton and promote health and well-being within the local community.

We would love you to come and join us to celebrate the batons arrival in North Dock and get a chance of a photo with the Queen’s baton.

Sessions will begin at 16:30 and run until 19:00 in the evening, led by our Actif communities team, sport coaches and leisure centre fitness instructors.

Llanelli Surf Lifesaving Club will also be at the event, ensuring participants are safe in the water and also providing FREE lifesaving skills tutorials.

The following FREE activities will take place at North Dock:

Aquathlon (ages 8 – 11): A fun swim and run race for children that is an ideal introduction to the sport of Triathlon. With an emphasis on taking part no prior experience is necessary!

Outdoor Spin Classes (age 14+): A high intensity session on a static bike guaranteed to get your heart racing whilst strengthening and toning your lower body and burning some serious calories!

AQUA STAND UP® FITNESS (age 14+): A high energy paddle board workout specially designed as an alternative to land-based fitness classes.  Be ready to burn calories, get stronger and make waves! No experience is needed!

Stand Up Paddleboarding (SUP) (age 11+): An outdoor water sports activity where participants stand on a large board and propel themselves with a paddle to move around.

*Pre-booking is essential before attending any session.* Places are limited so sign-up now to avoid disappointment by clicking the activity buttons below:

Join in the excitement as Carmarthenshire welcomes the Birmingham 2022 Queen’s Baton Relay on Friday, July 1.

The Birmingham 2022 Commonwealth Games will be held from July 28 until August 8 and the Queen’s Baton Relay is currently travelling across the Commonwealth in an epic journey to all 72 nations and territories.

The journey brings together and celebrates communities across the Commonwealth during the build up to the Games.

The Queen’s Baton will arrive in Anglesey on June 29 as part of its five-day tour across Wales and will travel down the country and across South Wales providing the opportunity for communities to experience the excitement for Birmingham 2022, as the 11 days of showstopping sport nears ever closer.

A busy schedule of activities and events are planned and hundreds of Batonbearers, each with inspiring backgrounds and stories, will have the honour of carrying the Baton during the journey through Wales.

More than 150 schoolchildren will be at Pembrey Country Park on the afternoon of July 1 to welcome the Baton to Carmarthenshire along with Council Chairman Cllr Rob Evans, before being transported via toboggan, skis, bike and beach wheelchair to Cefn Sidan beach and into the safe hands of the RLNI who will take the Baton by boat to Burry Port Harbour.

The Baton will arrive at Burry Port Harbour at around 3.20pm to be handed to the Silver and Gold Sports Young Ambassadors from Carmarthenshire’s secondary schools who will take it in turns to run and cycle just over three miles along the Millennium Coastal Path arriving in North Dock in Llanelli at 4.15pm.

Here the Baton will be welcomed by Council Leader Cllr Darren Price along with a number of inspiring Carmarthenshire athletes who will be representing Wales at the Commonwealth Games.

Residents are being encouraged to get involved with the celebrations and embrace the arrival of the Baton, with a range of activities taking place at North Dock, organised by the council’s Actif sports and leisure team.

The fun will go on throughout the afternoon until 7pm with various activities to promote health and wellbeing including a junior aquathon, stand-up paddleboarding, aquafit classes, spin classes and beach-lifesaving sessions.

"We look forward to welcoming the Queen’s Baton Relay to Carmarthenshire and I am sure local communities will join in the celebrations as the Baton travels from Pembrey Country Park to Llanelli’s North Dock. It is guaranteed to be an exciting day, especially with the Baton travelling to Burry Port Harbour by boat and then on to North Dock where there will a host of sporting activities to take part in.

"I would like to thank everyone who has been involved in organising such a momentous day for Carmarthenshire and its residents, again showcasing our beautiful county and what it has to offer to the world.” 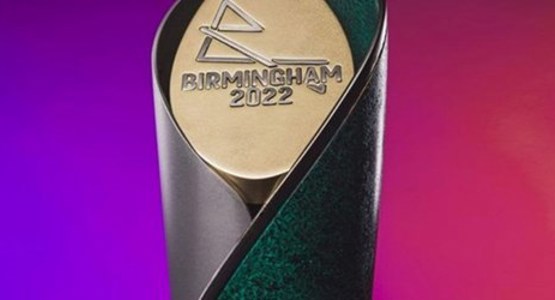